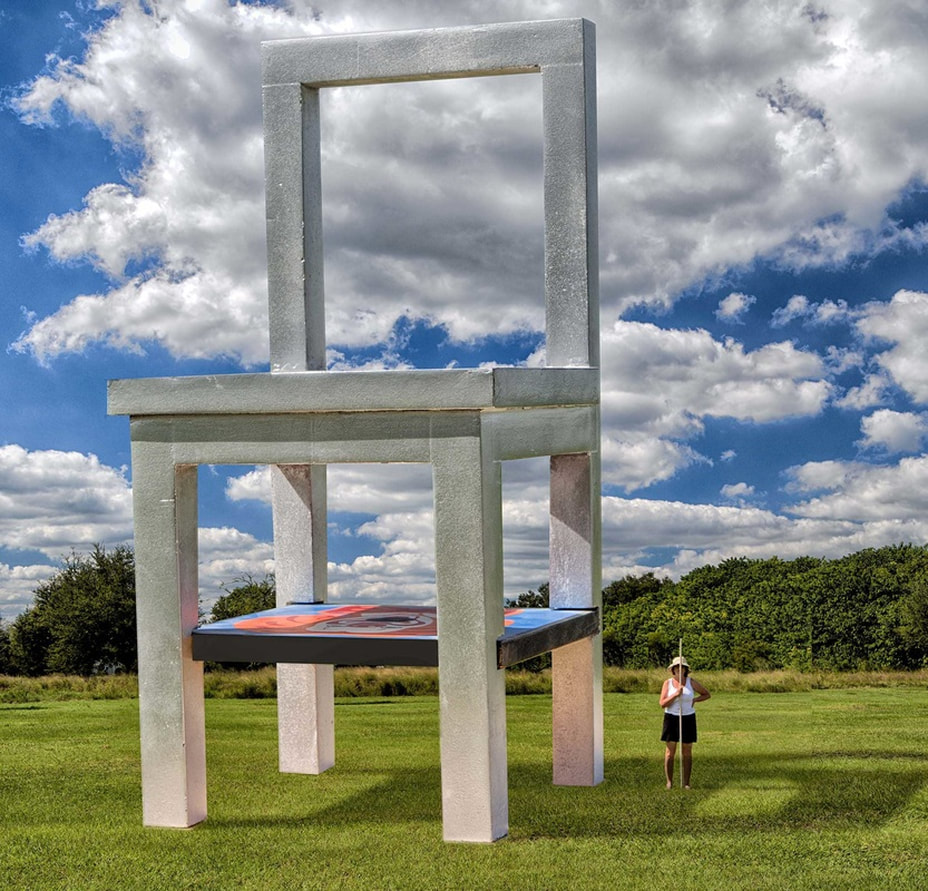 Artist concept rendering of HOHO chair
​In 1969, the Philadelphia Museum of Art unveiled, to universal surprise, a permanent installation by Marcel Duchamp entitled Étant donnés (in English, “Given.”) The two "givens” are the waterfall (la chute d’eau) and the illuminating gas (le gaz d’éclairage). When Duchamp died in 1968, the artworld was completely unaware of the fact that he had been working on this project underground for more than twenty years.​
Mock up of HOHO Chair completed in the 1990s
In 1992, when I first had the idea for the HOHO chair, I didn’t question or analyze what it meant. I took it on faith that it would someday make sense. Without knowing the final size and location, I made two small wooden mock-ups, one for me and one for my close friends Russell Frehling and Debra Blalock, The mock-ups were of a silver painted  potty chair, with a two sided sign hanging under the seat. The side facing up through the hole had a clown face with a black circle over the mouth. I called that “The Catcher”. The underside was painted orange with words in black that read: “Put Your Trust Here”. The words have been changed in the final version to: “Put Your Trust Here N 27.994296˚ E -81.809457˚, Put Your Trust There, N 39.965281˚, E -75.180417˚  When I retired in 2014 I started thinking about actually building a full sized version of the chair. The proportion that I settled on was one inch on the mock up to one and half feet on the final size. That yielded a chair 24 feet high. 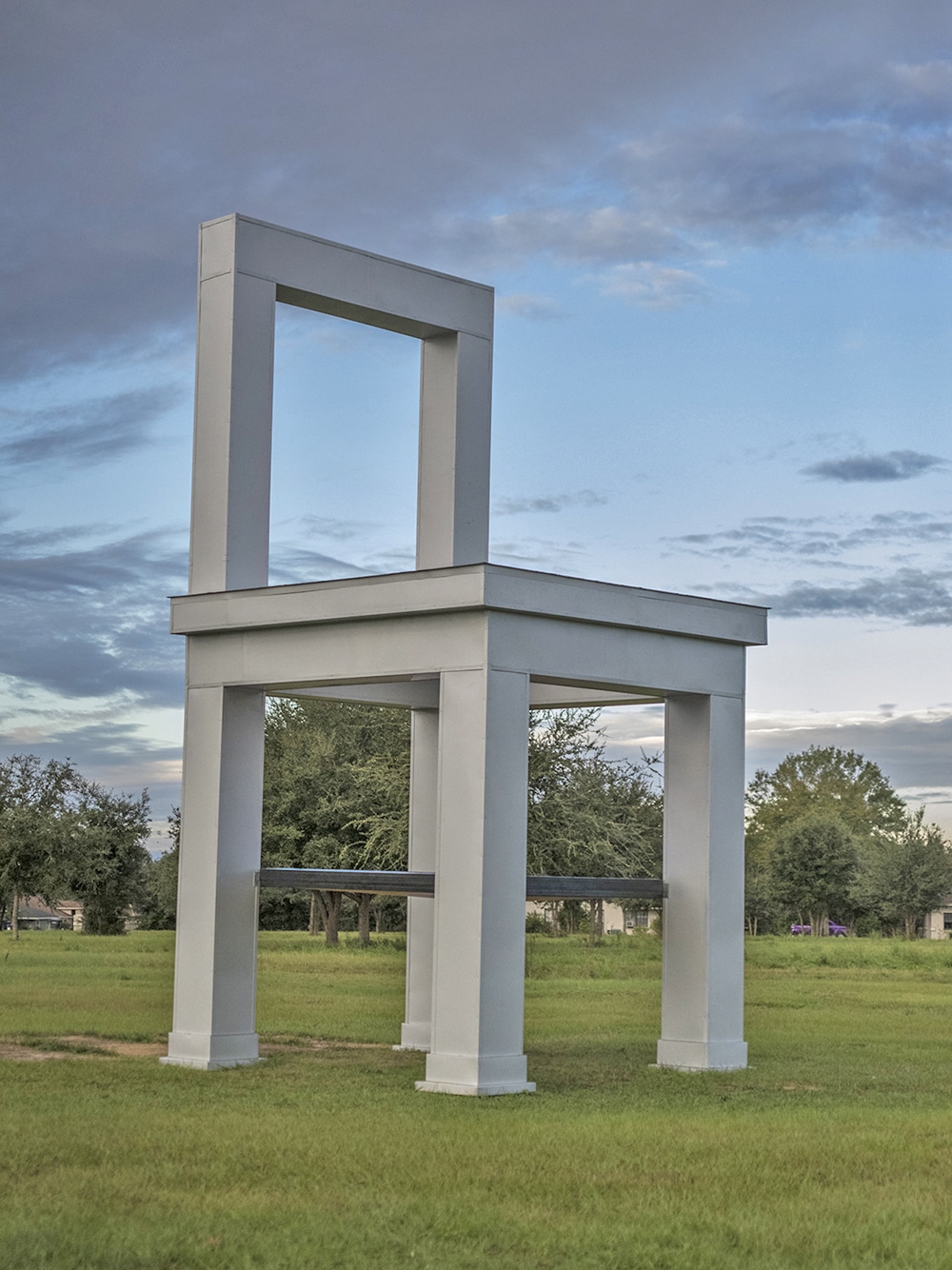 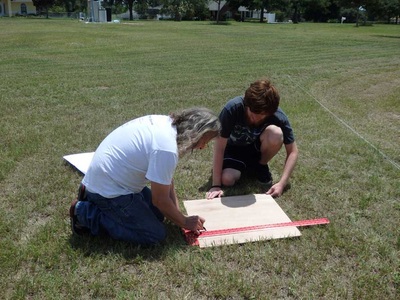 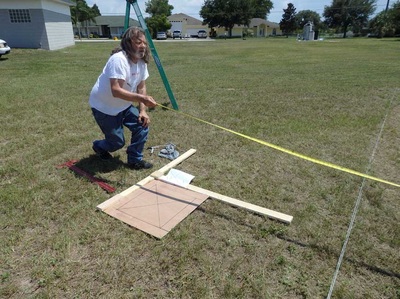 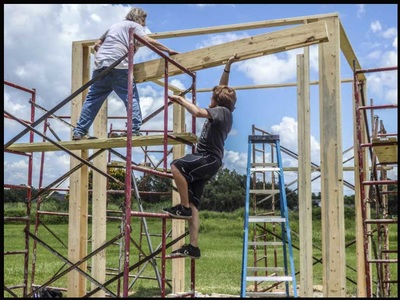 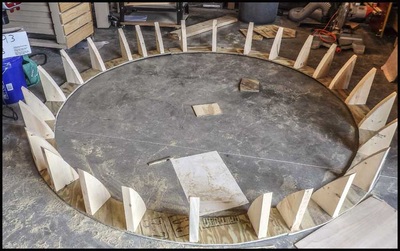 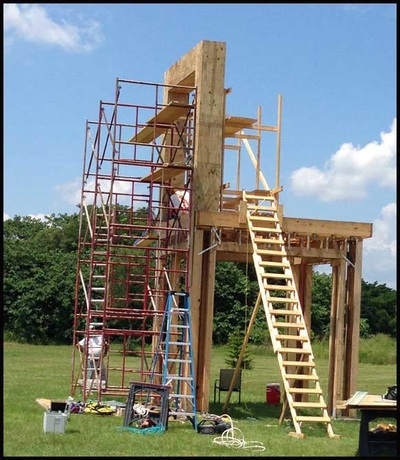 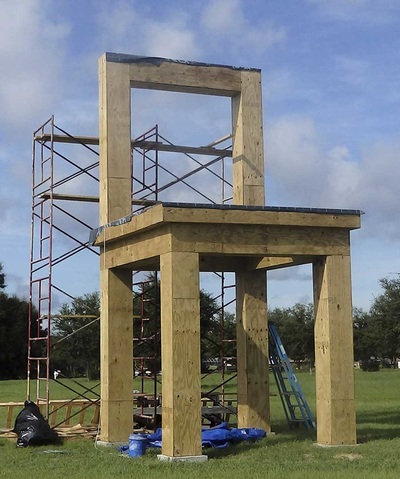 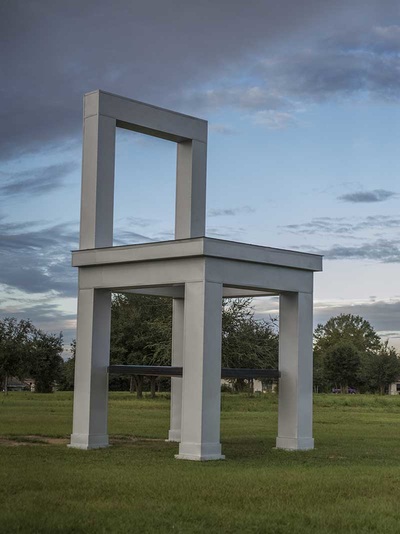 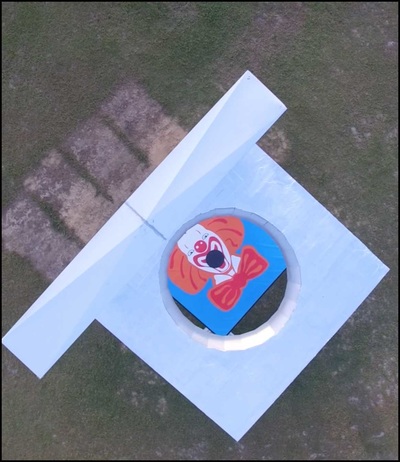 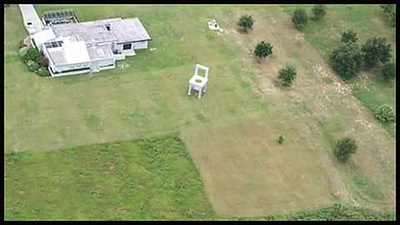 Adding Playful Physics
Once I started preparations for building the chair, I began thinking about how I could create an associated story or myth for the structure. Myth played an integral role in the installations I did in the 70’s. I like the way mythic stories play with the concept of truth. They seem to reveal some ultimate truth without having to be factually accurate. I am not so interested in “real” myths as much as a parody of a myth; a post-modern myth. After all, we are past the time of the ancient heroic myths and are surrounded by the “cartoon” myths of popular culture. I also wanted to align the myth with science and technology but in a way that Marcel Duchamp might have called Physique Amusante or Fun(ny) or playful Physics.

The Catcher, Learning to Sit, the story
Imagine that the HOHO Chair is a transport device positioned at N27.994296 / E -81.809457 and pointed towards Marcel Duchamp’s last piece, the Etant donnés installation in the Philadelphia Museum of Art N 39.965281 E -75.180417. Anything that drops through the seat and hits the Catcher, a wormhole, is transported to the anteroom in the museum facing the large wooden doors of the work. A wormhole, predicted by Rosen and Einstein connects two points in spacetime. This story explains the various parts of this work - the chair, the catcher, its location and position, and satisfies my desire to pay homage to Marcel Duchamp.

​Souvenir magnets were distributed at the opening